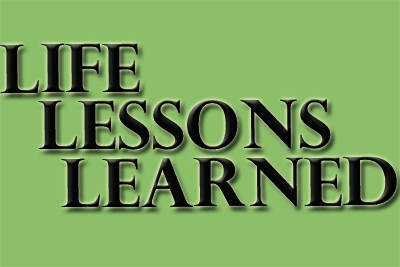 Guru Tegh Bahadur Ji never favored one religion / community over another. His unparalleled sacrifice was to defend the defenseless no matter who it was and to stand up against tyranny, again, no matter who it was. Lesson learnt: Be free from favoritism when standing up against injustice, because a protest that is selective isn’t humanity, it’s just politics.

The same janeu which Guru Nanak Dev Ji rejected,is also defended by Guru Tegh Bahadur Ji. Lesson learnt: While we stand up for freedom, justice and equality for anyone suffering oppression, it doesn’t necessarily mean we have to agree with everything that is part of their lifestyle or belief system, or even incorporate in our space anything that they might hold dear which might not have much significance for us.

Guru Sahib never asked for anything in return, not even a token of gratitude, not even any acknowledgement, and He never asked anyone to become a Sikh “in exchange” for what He was doing for them. Lesson learnt: Our acts of sacrifice should always be genuinely selfless without the least bit of expectation of any return favors, be it something as minor as acknowledgement or gratitude, or any sort of tangible/intangible favor.

Mehtab Singh is a freelance writer from Boston, US

You have Successfully Subscribed!

You have Successfully Subscribed!